Harvard Forward is a movement to elect three recent alumni to the Board of Overseers on a platform of climate action, racial justice, and inclusive governance.
​
We need all eligible alumni to vote for the Harvard Forward Three by May 18th.
Last year, less than 15% of alumni voted. It takes two minutes to vote online!
​
Ballots must be received by Harvard by May 18th, 2021 at 5:00 pm ET.
​
If you have issues voting or questions about the voting process, view Harvard's election FAQ.

Want to help us get out the vote? Volunteer for Harvard Forward if you'd like to further support our campaign. You can also use our Digital Amplification Toolkit to spread the word!

Fill out this form to let us know you're voting.

Note: this does not mean you've voted!

STEP ONE: ENTER YOUR INFORMATION

By filling out this form, you agree to receive email communications from Harvard Forward.

On April 1st, you should have received an email from Harvard with your personalized link to vote online.
​
This email may come from Harvard's third-party election company, Election Services Corporation.

Be sure to check your spam and your secondary inboxes! Many Gmail users find this email in their "Promotions" tab.

You will receive this email at the address that Harvard has on file in the alumni database. If you'd like to check or change your email address on file, you can do it yourself directly on the alumni directory or email .

You should receive a paper ballot from the Harvard Elections committee during the first few days of April, unless you have previously opted-out from paper ballots.

Remember that paper ballots must be received by Harvard by May 18th at 5 pm ET.

Please include your name, mailing address, degree, and graduation year.

If you didn't receive an email, you can also use the unique election validation number (EVN) on your paper ballot to go online and vote.

Can't find your ballots or having trouble voting?

The three Harvard Forward candidates will be listed on the second part of the Board of Overseers ballot under the "Nominated by petition" section.

Please vote for all three.

"Officers of government and instruction" of the University are ineligible to vote in the Board of Overseers election. Harvard interprets this very broadly to include anyone with a professional affiliation to the University, including faculty, teaching fellows, residential and non-res tutors, research assistants, and more.

However, if you think you've wrongfully been deemed ineligible, please email so we can help!

Don't see the option to vote in the Overseer election?

You can vote for up to 5 candidates. What should you do if...

...you want to maximize the Harvard Forward candidates' chances of being elected?


...you want to protest Harvard's new restrictions on petition candidates? 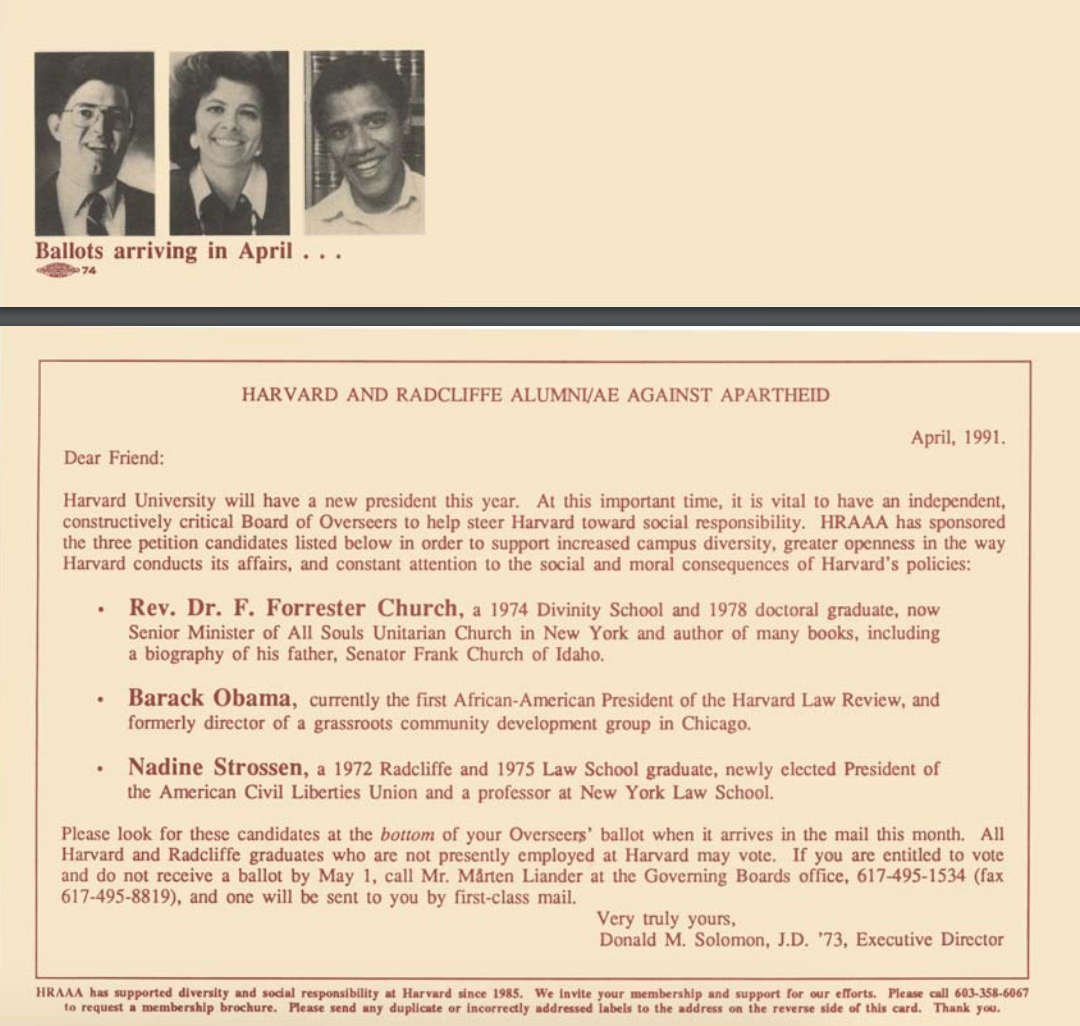 ...you want to vote for two Harvard-nominated candidates in addition to the Harvard Forward candidates?

On the ballot for HAA elected director, we encourage you to vote for the following candidates who have indicated their alignment with Harvard Forward's goals. We will continue to expand this list as more candidates respond to our questionnaire:

Online ballot: Once you select the candidates, make sure to hit continue and then hit the final "submit" button! You should get a confirmation.
​
Paper ballot: Drop it in the mail. Make sure it will be received by Harvard by May 18th at 5 pm ET or it will not be counted.

STEP FIVE: TRIPLE YOUR VOTE AND SPREAD THE WORD!

Triple your vote below and encourage your alumni friends to vote by sharing on social media or using the templates from our Digital Amplification Toolkit. You can also sign up to volunteer to get more involved!